skip to main | skip to sidebar

Erdogan & the Strategic Mistake of Washington

Many are wondering how the relations of Turkey with practically all its neighboring countries will evolve and what does the Turkish President Recep Tayyip Erdogan want to achieve after all. A common denominator of all these debates is the difficult relationship between Turkey and the United States that no one can deny anymore. So, how does Washington approach this problem?

The truth is that the US-Turkish relations have never been so bad before. But it would be naive for anyone to expect a…“divorce” any time soon, unless of course something really unexpected happens. The reason is that Washington's foreign policy is a “monster” of bureaucracy, overlapping and complementary institutions, committees and subcommittees, think tanks, pressure groups and lobbies - something natural for a superpower. And as much as this “monster” is, nevertheless, considered to be flexible for its size, it is quite difficult for the steering wheel of the country's foreign policy to turn towards a completely different direction fast enough.

For decades, Turkey has been a privileged ally of the US mainly due to its size, geographical location and a special feature that it possessed, for a Muslim country; i.e. its secular character. Hence, their current strained relations are still far from rupturing. However, this is exactly the problem for Washington and, by extension, for everyone in Turkey’s neighborhood. 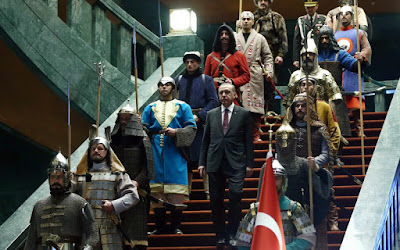 Washington approaches this current crisis as yet another episode in a relationship with a “high maintenance” ally with a tendency for…oriental-style bargaining. They make the strategic mistake to believe that the situation is still under control and, even worse, reversible. The US policy makers believe that one day Erdogan will eventually be gone and a more moderate leader will take on the task of bringing the damaged US-Turkish relations back to their former status.


But Erdogan is neither Muammar Gaddafi nor Saddam Hussein. Unlike them, he is not looking at the present or himself in their short-sighted way. Erdogan has bigger plans for Turkey and for himself. Unlike them, he is planning for the next day nonstop. He cares about what will follow, for his succession and his legacy.

Turkey has a PhD in regime-building. They have the “know-how”. More than 70 years have passed since the death of Mustafa Kemal Ataturk, and the Kemalist regime, until very recently, was the ultimate ruler of the country. And that's exactly what Erdogan wants. He wants to build his own regime with himself as a “father-figure”, the new “Ataturk” (translated: “Father of the Turks”). He seeks the rebirth of a modern Ottoman Empire, in the same Islamic terms once again, as opposed to Kemalism and the American false hopes for a secular western-oriented Muslim state that would be a model for the Islamic world. In reality, Erdogan simply does not want to become the new Kemal; he wants to become the new Sultan. His careful moves, therefore, after the failed coup in 2016, the purge in all areas of public life and his legislative “reforms” are aiming at the materialization of precisely this dream of his. 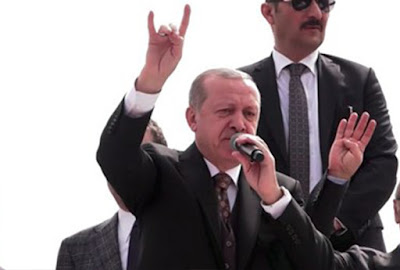 But that is not even the worst for the American aspirations. The worst is that the opposition in Turkey, instead of being a force of reason against Erdogan's dangerous Master-Plan, they bully him towards more extreme positions as they all seem to compete for who will claim more of the lost Ottoman “grandeur”. Thus, we listen, for example, to the main opposition party talking about some 18 islands that they will “reclaim” from Greece once they come to power, since (according to them) Erdogan...doesn’t do anything about it.  Another opposition party talks about…156(!) islands that these “unrespectful” Greeks “occupy” while Erdogan tolerates it, etc.

And as if this is not bad enough, the Turkish people themselves, the electorate that will choose the next Turkish president after Erdogan, have been exposed for over 10 years to an incredible 24/7 anti-Western, anti-European, anti-American, anti-Greek, Islamic and neo-Ottoman propaganda of fanaticism.

This way and based on the above facts, even if there is a moderate politician in Turkey (and he is not already in a prison cell...), either he will not dare to try anything, or if he dares to go for it, in such a political and social environment of excessive aggression, and neo-Ottoman fantasies, he will simply fail miserably. 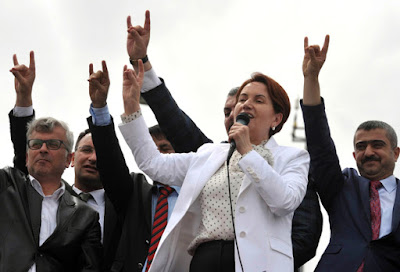 Even if someone tries to come to power initially with a similar aggressive rhetoric only to try and make a gradual shift to more modest positions, he is again destined to fail. The reason is simple. Erdogan, did exactly that but on the opposite direction. He came to power as somewhat moderate and we all see now how he gradually changed, creating an Islamic and even more aggressive Turkey.

However, Erdogan had Fethullah Gulen as his mentor and thus he had his support and the enormous strength of Gulen’s organization behind him. Through the latter, people who supported Erdogan's agenda infiltrated all sectors of the state and society: media, enterprises, armed forces, justice, public administration, education, local government and, of course, the mosques. Gulen was cast aside only after the purpose of establishing the foundations of what was to be “Erdoganism” had been secured.

But who has a similar organization to support him in an attempt to gradually turn the country to a more moderate direction, especially with the state of terror that dominates the Turkish society since the failed coup?

While some people in the US capital are preparing the “fattened calf” still hoping for the return of the…“prodigal” Erdogan, the new Ottoman Sultan has signed agreements with Russia not only for the acquisition of the S-400 anti-ballistic missile system, but more concerningly, for the construction of the first Turkish nuclear powerplant with a price tag of 20 billion dollars, being the second of the four main steps necessary for Turkey to build its nuclear strike capabilities.

The first step, the development of long-range ballistic missiles, is already at a very advanced stage. The second is the aforementioned nuclear powerplant and the third is the enrichment of sufficient quantities of the uranium by-product produced there to the weapons-grade level necessary for nuclear warheads. The fourth and final main step is the integration of these nuclear warheads on the ballistic missiles.

In Washington and Tel-Aviv they are afraid of Iran, but the most unpleasant surprise for them will most likely come from elsewhere... 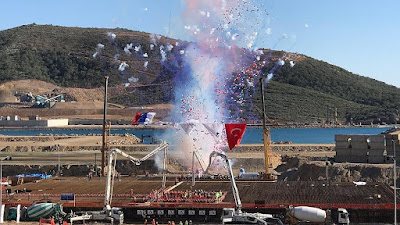 Essentially what has happened is that the US have created a “monster”. Their fear of “losing Turkey”, led them to forgive every Turkish wrongdoing even when it was directly against the American interests. Ankara's refusal in 2003 to allow the use of its territory to open a second front against Iraq from the north is perhaps the most striking example.

Slowly but steadily, the US nurtured Turkey's arrogance. Turkey got spoiled as they received all the wrong messages and eventually they concluded that they can practically do whatever they want without consequences, since at the end they will be forgiven.

The US must therefore realize that the Turkey they once knew and the Turkey they were dreaming of is gone and there is no turning back. Turkey now has its own agenda and does not fit into the sphere of influence of any superpower. Erdogan believes he is already the leader of a regional superpower and aspires for his country to become a global player. Turkey has no reason or incentive to return to anybody’s “sheepfold” and to support the plans of any great power, the US included.

Pandora's box has opened and what came out isn't coming back inside...

Turkey is liability for the West, not an asset anymore. The sooner the policy makers in Washington realize all this and the sooner they go to “Plan B”, if they have one ready, the more likely it is they will limit the American geostrategic losses in that region, and the more likely it will be for everybody else in that neighborhood, to find some form of more substantial support against a threat that is only a question of "when" it will be fully manifested.

* Panagiotis A. Karampelas is a strategic analyst & crisis management specialist. 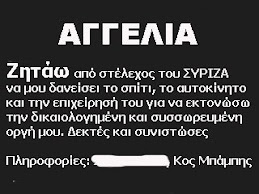 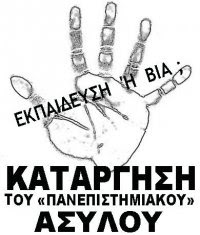